An ITS Team Member gives back to the community; 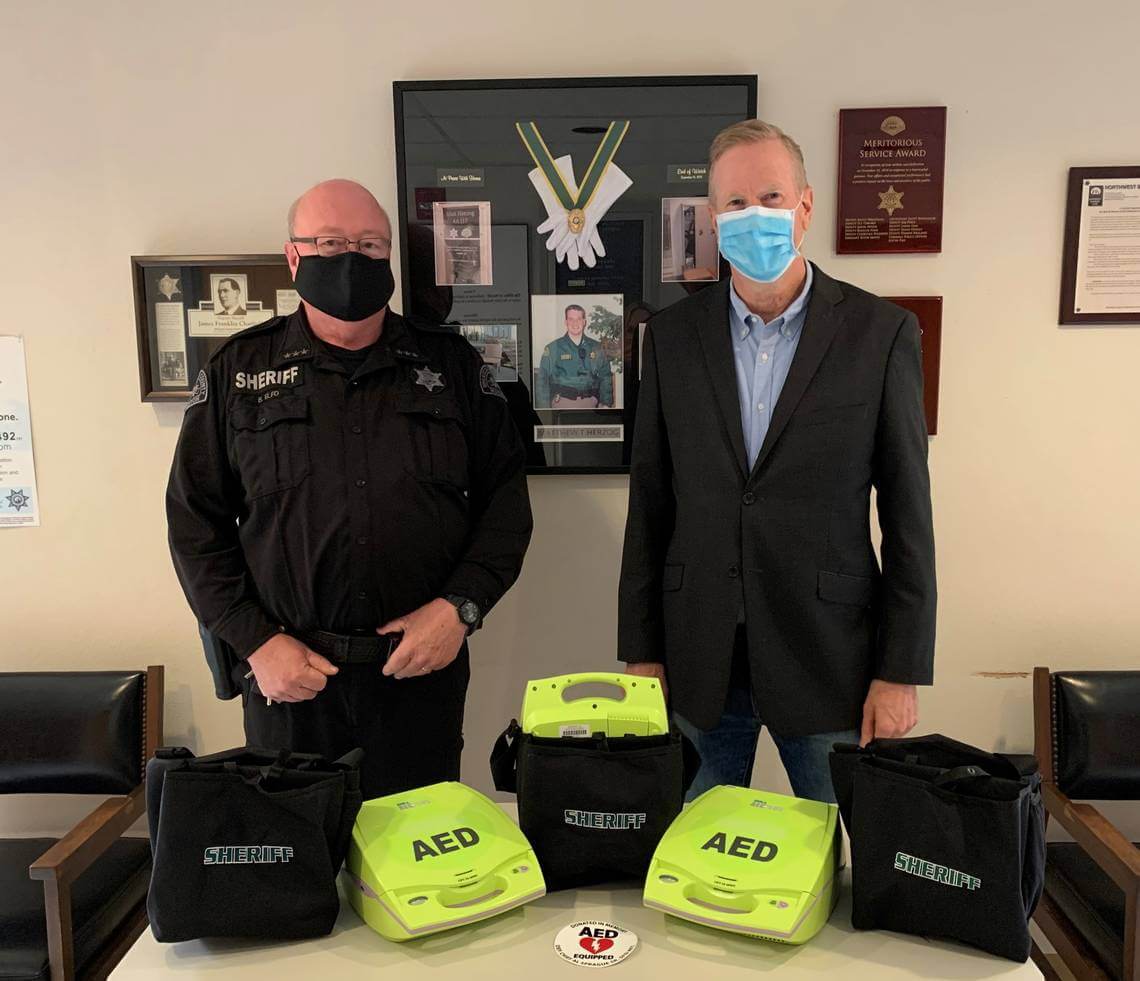 Byron Sprague, Executive Vice President of Northwest Operations donates $75,000 worth of AED Equipment to the local Sherriff’s department. We are so grateful to have a warm, kind, soul like Byron part of the ITS team. Bravo!

Article Below: By David Rasbach, The Bellingham Herland 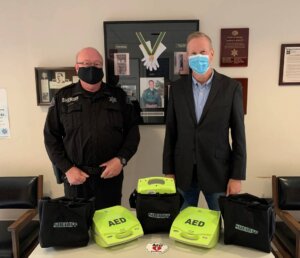 Less than 18 months after a Whatcom County man led a donation of automated external defibrillators to be used in Bellingham Police Department patrol units, he is donating three times as many AEDs to the Whatcom County Sheriff’s Office in an effort to help it also save lives.

The Whatcom County Sheriff’s Office announced Wednesday, Oct. 28, that it has received a donation of 65 AEDs in a donation from Bryron Sprague in the memory of his father, Seattle Fire Department Deputy Chief Al Sprague Sr. The total value of Sprague’s donation is approximately $75,000.

“This was a chance for me to give back to this community, honor my father’s legacy and to give the Sheriff’s deputies an additional tool to help them save lives,” Sprague said in a news release about the donation. “I’m in awe of the job that law enforcement does.”

Following the donation, sheriff’s patrol vehicles will be equipped and deputies will be trained to use the AEDs in the event they encounter someone suffering from cardiac arrest while on patrol, according to the release.

Bellingham PeaceHealth Medical Group cardiothoracic surgery specialist Dr. James Douglas estimated the between 300,000 and 400,000 incidents of sudden cardiac arrest occur outside hospital walls each year in the United States, according to the release.

“Every second counts in saving a person’s life who is suffering a heart attack,” Dr. Douglas said in the release. “For each minute that defibrillation is delayed, the chance of survival is reduced by 10%.”

With trained deputies having AEDs in the field, Sheriff Bill Elfo said in the release they now have “an additional tool to help them save lives.”

“Our deputies are often in the position to be the first responders to cardiac emergencies, and this equipment and the training they receive will undoubtedly save lives,” Elfo said in a sheriff’s office video about the donation.

It is not the first time Sprague has made a donation like this. He helped lead a campaign to purchase and donate 21 AEDs to be used in Bellingham police patrol vehicles in July 2019.

“Our patrol officers are trained in first aid as we are often first on scene where first aid measures are required,” Chief David Doll said in a release at the time. “Having the AED’s in patrol vehicles enhances our officers’ abilities to immediately apply advanced lifesaving treatment when just a few minutes may mean the difference between life and death to a person experiencing sudden cardiac arrest.”

Since the AEDs were put in Bellingham’s patrol vehicles, officers have responded to 19 calls where AEDs were brought to the scene to have it available, Lt. Murphy told The Bellingham Herald.

The AEDs have been deployed twice by police, Murphy reported.